The Language of Flowers 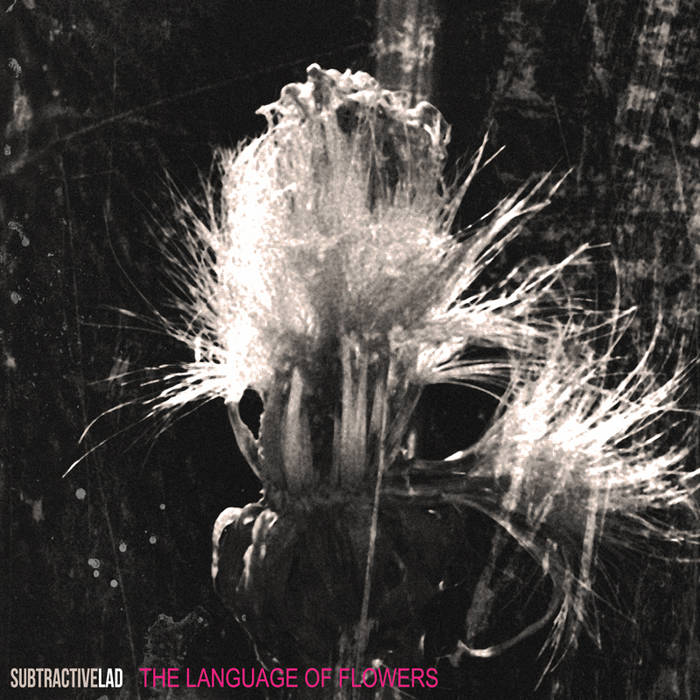 Jim Payne In my opinion, the best subtractiveLAD album to date. Four tracks which flow into one another seamlessly, comprising a 53 minute opus of musical majesty; beginning with the epic first track which flawlessly blends ambient music with sporadic wall-of-sound shoegaze stylings. It's a wonderful soundtrack full of depth and beauty. Favorite track: When Words Fail.

Watch the official video for "When Words Fail" here: youtu.be/tYgVEUELESc

"The Language of Flowers" is Stephen Hummel's eighth album as subtractiveLAD and the first since the Berlin School-inspired "Kindred", from 2011. 2012 saw Hummel step outside the subtractiveLAD sound to deliver an album of Synth Pop songs under his birth name, entitled "Meld".

Two years in the making, "The Language of Flowers" finds Hummel at his most deeply emotional, with haunting performances, based primarily around the electric guitar, electroacoustic instrumentation and analogue synthesizers. The bed tracks for the album were conceived shortly after the release of "Kindred", born out of Hummel's need to deal with some recent losses of family and friends. Ultimately, Hummel found that he needed to get some space from the heavy tone of the album, after the birth of his daughter, which led to the much more upbeat songs on "Meld". It took until the later part of 2012 for Hummel to put the finishing touches on "The Language of Flowers" and begin preparing it for release. The resulting four long-player tracks explore the emotional arc from hope to loss, through to acceptance and transcendence.

"The Language of Flowers" is the first subtractiveLAD album to be released completely independently and, as such, Hummel took it upon himself to extend the musical themes of the album into the album's packaging, through his own photography and art design. The album is Hummel's most achingly personal, to date.

"In many respects, the fifty-three-minute release plays like an overview of all of the stylistic places subtractiveLAD has visited during its lifespan. Highly charged episodes of ambient, post-rock, and emotional electronica appear, sometimes within the same piece..."

"There is hope within sadness and sadness within hope."

*Record of the Week*

"His tones are pure and well suited to moments of tenderness, though there is no lack of dramatic bite."

"A characteristically emotive and enveloping collection from Hummel that also provides an encapsulation / overview of the territory he’s explored over SubtractiveLAD’s lifespan so far."

"You feel a kind of elevating sensation leading you in an imaginary trip to embrace the stars."

Written and Produced by Stephen Hummel